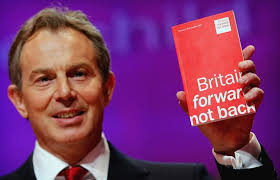 The most interesting thing about Party manifestos is whether the plural of “manifesto” has an “e” in it or not.

A while ago I was following an exciting event unfold on Twitter: whether the faithful party membership at a Lib Dem conference voted favourably to amend one of its policy positions regarding the changes to Employment & Support Allowance. After the amendment was successfully passed, a supporter of the move tweeted something along the lines of “YES!” (a fuller reaction is here).

It was highly uncharitable of me I know, but the idea that that motion would then be taken on by the Party’s leadership, reflected in its wider policy position, used to inform debate within the Coalition, would be in any way influential on that debate, be adopted by the Coalition, transmitted through Secretary of State and Junior Ministerial priorities, reflected in senior civil service policy drafting and implemented through administrative bodies was, I felt, unlikely – perhaps even naïve.

And yet, at a larger scale, the amount of effort expended to specifically seek to influence Party manifestos remains considerable.

For me, the idea that any political party currently has any strategic and unwavering view of what they want to do and so can reflect and represent this in a manifesto is, frankly, laughable.

As a friend of mine put it, manifestos are:

Most times I hate myself for being so pessimistic and not offering solutions to this malaise as often as I should.

In this case, though, I hope I’ve at least got you wondering about whether to include that “e” or not.